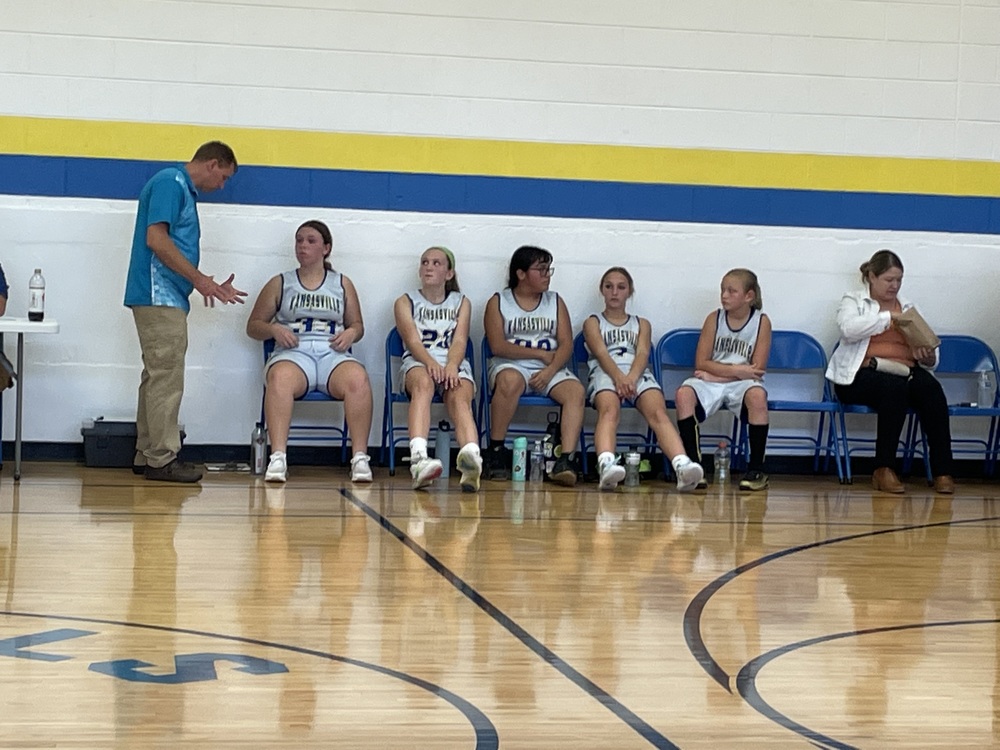 The Kansasville Girls' Basketball Team ended their season with a win over Washington-Caldwell. The scrappy team of only five players ended up with a 6 and 2 record; losing both games against Paris. The team was made up of one fifth grader, two seventh graders, and two eighth graders.  The team's 6-2 record earned them second place in the league. Congratulations to the Girls' team for a great season!